Summary of IBC’15 from the GPAC Licensing team

We are back from IBC and we wanted to share with you our thoughts and feelings about IBC 2015.

The show was less crowdy than last year. IBC is becoming a networking event, rather than a business event. Every information is already available on companies’ websites. Except for people who are in a hurry, no business occurs according to exhibitors. Exhibitors send less R&D people. Buyers send less people. However the quality of the discussions remains high. This attracts new companies and startups to show up at a tiny booth. In our opinion IBC remains the best event for Broadcast and professional video.

On the contrary there are more startups and small companies. The national booth (UK, Israel, China, France, …) give them the opportunity to show up. Most of them promote as service providers when they are technology providers who don’t sell their technology alone. Our analysis is that most of them don’t think that being 2-year old, 5 people could be an issue for a customer who’d like to build a professional platform. Between 2014 and 2015 many of these companies rolled off, we expect the same for IBC 2016.

People were concerned about patents. Mostly on HEVC, but also on MPEG-DASH. The HEVC patent pool threat has led people to improve AVC HD demos with many interesting demos with 10-bit encoding or HFR (High Frame-Rate >= 50 frame per second).

Open-source software is more widely deployed and accepted in the ecosystem. Of course this includes GPAC via GPAC Licensing. You could see this movement at the IBC Open-Source meetup which was over-crowded.

Video experts moved the target from 4K to UHD-1 phase 2. GPAC is leading the way through the 4EVER project (on the EBU booth this year). It seems that patent concerns put a hold on 4K but not on the highest end technological demos. People seem to finally understand that 4K alone is not a game changer, but UHD1p2 is. UHD1p2 is 4K plus HFR plus Gamut plus HDR. The remaining issue is bitrates that tend to explode (35 mbps on most booths). So our analysis is that it is only suitable for HEVC Blurays. 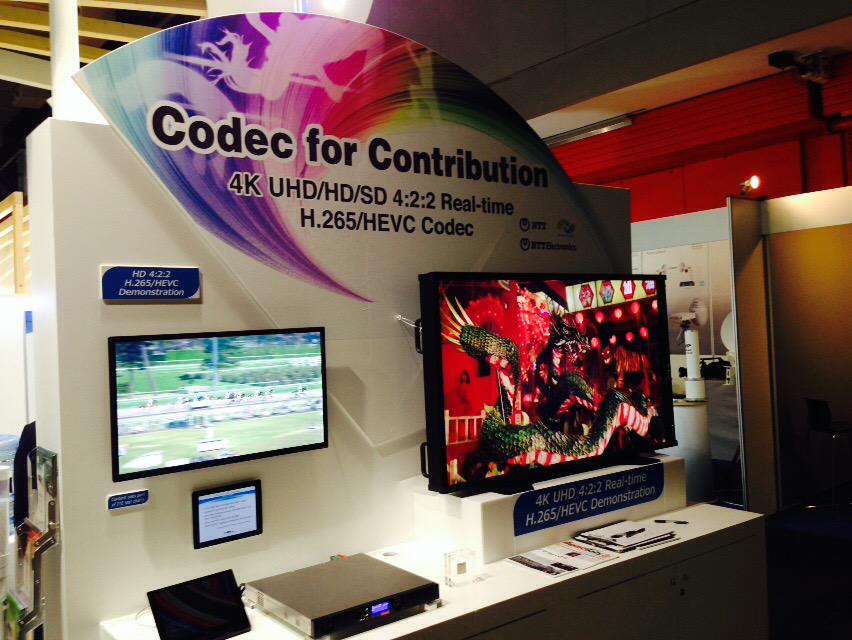 In private discussions, many people asked us about the new proprietary codecs such as V-Nova. It is always easier to start with contribution encoding, which is what V-Nova does. For lower bitrates, there are more visible artifacts and constraints on resolutions than with HEVC. The technology is still young but has promising aspects (including native scalable support). Proprietary solutions, such as ZiXi for transport, could emerge more and more. That’s because most technologies we still use were invented 20 years ago, patents are expiring which leaves an open-window for new processes based on old patents.

Content protection seems to move slowly to forensic watermarking. We think it is better to stop piracy at its source than annoying users with DRMs as they are made today.